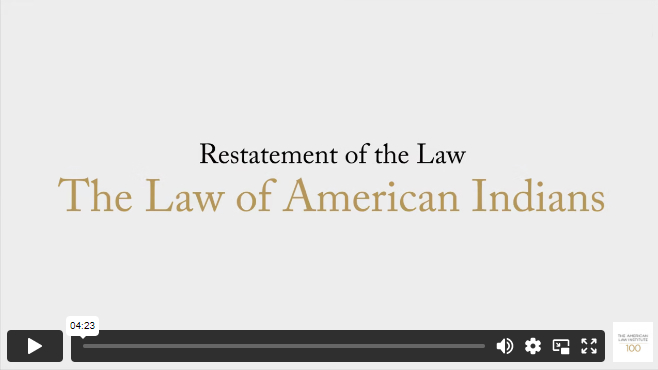 At its October 2016 meeting, the Council took the following actions concerning project drafts: The Law of American Indians There was discussion of portions of Council Draft No. 3, but, due to insufficient time, no approval was sought. The Council will continue its...

In Lewis v. Clarke, the justices will consider the scope of tribes’ sovereign immunity. The dispute began in 2011 when plaintiffs Brian and Michelle Lewis were hit by a limousine driven by William Clarke, a limousine driver who worked for the Mohegan Tribal Gaming...

Enbridge Pipeline Litigation, and Its (Potential) Impact on Tribal Treaty Rights in the Great Lakes

In 2010, Enbridge Energy Partners’ Line 6 Oil Pipeline burst near the Kalamazoo River in southern Michigan, spilling 1.1 million gallons of crude oil into the Kalamazoo River system. At the time, it was the worst inland oil spill in the history of the United States....

License to Kill: How Washington May Lose Its Right to Wipe Out Salmon

So you’re a salmon heading upstream this fall. It hasn’t rained much for months. The water is low. You reach a culvert that takes the stream under a state highway. The culvert was installed higher than it should have been. In February, water may gush through the pipe....

Last week a judge ruled that construction on the Dakota Access Pipeline may proceed, with the exception of an area in North Dakota. In the ruling, the judge noted that “the United States’ relationship with the Indian tribes has been contentious and...